A couple years ago I was overwhelmed.

I was running 5 affiliate websites, trying to launch a new service business, and working full-time at a startup.

Every time I caught up on one project, all my other projects seemed to be in danger of failing so I had to switch my focus and repeat the loop.

This is a pattern many of us get stuck in, and Dan Ariely, the author of Predictably Irrational, decided to take a closer look at this self-destructive behavior.

He had participants play a simple computer game and paid them based on their performance inside of that game.

For the first experiment, they were faced with 3 doors: red, green, and blue and were told they had 100 clicks to make as much money as possible. They would click on a door, their available click counter would go down by 1, and they would find themselves in a room of the same color as the door they just clicked.

Each room had doors leading to the other rooms, and each had a different payout range for each click inside of it. So the red room might pay 3-6 cents, the blue 2-5, and the green 4-12. 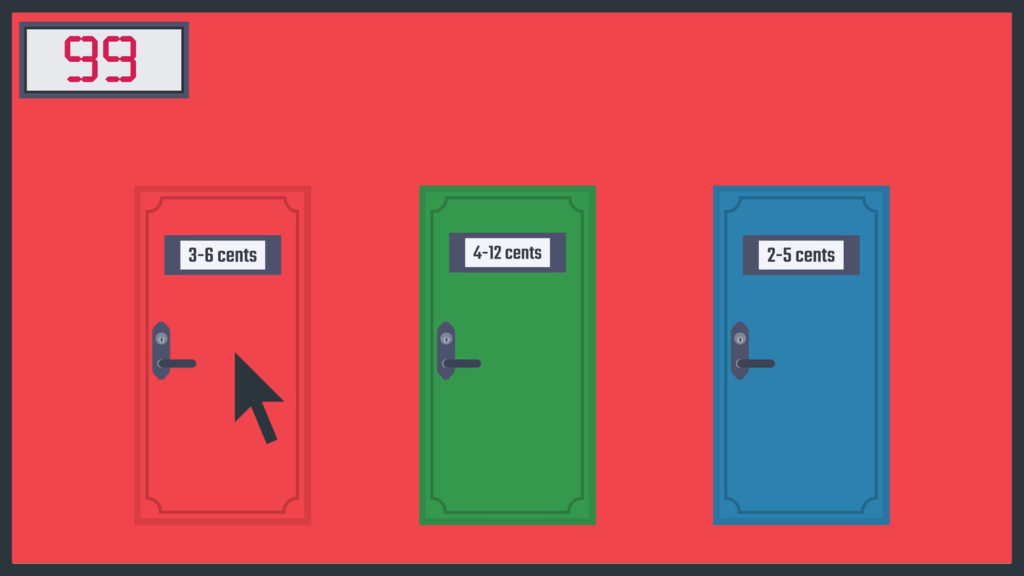 Since each room had different payouts the participants had to quickly determine which room had the highest payout.

Most participants did pretty well. However, the most interesting part of the study comes next.

New participants had to play the same exact game, but with a new condition: "each door that wasn't visited for 12 clicks would disappear forever."

So if a participant clicked on the blue door and entered the blue room, the green and the red doors would get just a little smaller.

Then when the participants clicked inside the blue room to determine the payout, the green and red doors would get even smaller.

He would try to determine the payout, but would get distracted by the red and green doors getting smaller and smaller.

The participant would quickly click on the red door, which brought it back to normal size, enter the red room, click a couple times in it, but then see that the green door was almost fully gone so he'd switch to the green. But then he would see that the blue door was getting smaller as he clicked, so he would switch over to that room.

In this condition the participants jumped from option to option, wasting clicks on trying to keep all doors open, and made 15% less money than those in the first condition.

Just like the participants of this study, when I was trying to keep all my doors open none of my projects were very successful, and in fact the business I was trying to start lost the most money I've ever lost through business.

They ran the study again, this time trying to discourage students from "keeping their doors open."

They tried charging them some money in addition to a click to open a door, allowed them to do hundreds of practice trials before the actual experiment, made it so the doors would "disappear" but you could bring it back to life with one click, and even told the participants the exact monetary reward they would get from each room, BUT the participants still did all they could to prevent their doors from closing, and this is when they knew that one room would make them 20 or even 30% more money than any of the others.

How many of us keep our options open when we really shouldn't?

How much of our mental energy are we spending on old dreams we will not pursue, potential romantic partners we're better off letting go, or commitments that we have but don't even know why we have them?

On the other hand, how many of us forget about the real disappearing doors in our lives?

How many of us spend too many hours at work while our relationship door with our family slowly disappears?

How many of us take our friends and family for granted because we assume they will be there forever?

We often use information gathering for a decision as a way to avoid taking action because we "need to be ready," when in reality we'd be better off picking one option, and just going with it rather than procrastinating by looking for the perfect option.

Please log in again. The login page will open in a new tab. After logging in you can close it and return to this page.